What is Visual Studio Code ? 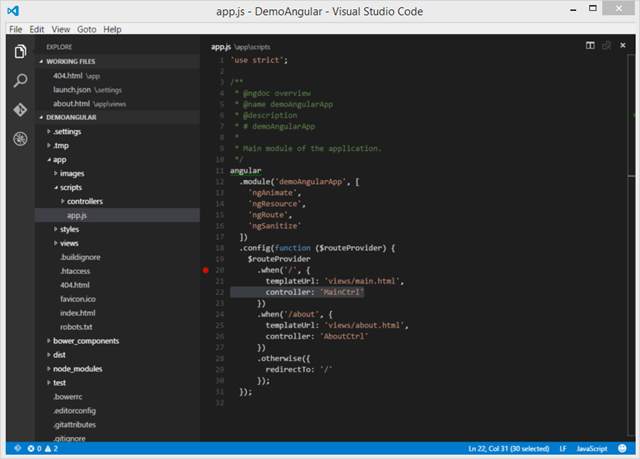 Not your typical Visual Studio…

VSCode is not here to replace Visual Studio. It is in fact quite a different tool…

VSCode is an editor, whereas Visual Studio is an IDE.

It is like if they extracted the code editor from Visual Studio to make it into a new lightweight tool!

See, not tons of features here, just the essential, and very well done.

I’ve been using early builds for a few days, mostly on AngularJS apps and I really like it.

it offers an insanely fast keyboard-centric coding experience, without the complexity of a full blown IDE.

You get the power of Roslyn for code analysis, and nice editor features like codelens-style reference counts and peek definition!

VSCode is for Modern Web developers

It is done for people who like to code fast, in a console-line environment, most of the time with keyboard only.

VSCode has no project files, no sln solution either…  it works right from a folder.

The main target is obviously modern web developers who are using Sublime text or Atom and a terminal with tools like Node, Bower, Yeoman,Grunt/Gulp, … and I think they will love VSCode, because I saved the best for the end:

Visual Studio Code is free and available on Windows, MAC and Linux!