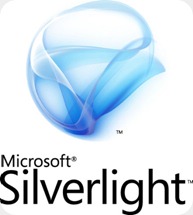 Back in march while at the MVP Summit I was thrilled when Scott Guthrie announced the addition of a Silverlight expertise in the Microsoft MVP program.

Earlier this week I received an email saying that I am joining this new small group (6 MVPs for now), so I move from ASP.NET MVP to Silverlight MVP!!

This is awesome because Silverlight has become my main focus since MVP Summit 2007 (the technology was called WPF/E then…) I made so many Silverlight presentations here in Montreal and I can feel the buzz growing, also because ASP.NET (my current expertise) is a large group and I think I can bring more impact and work closely with product team in the Silverlight field.

To learn more on the Microsoft MVP Program:
http://mvp.support.microsoft.com/